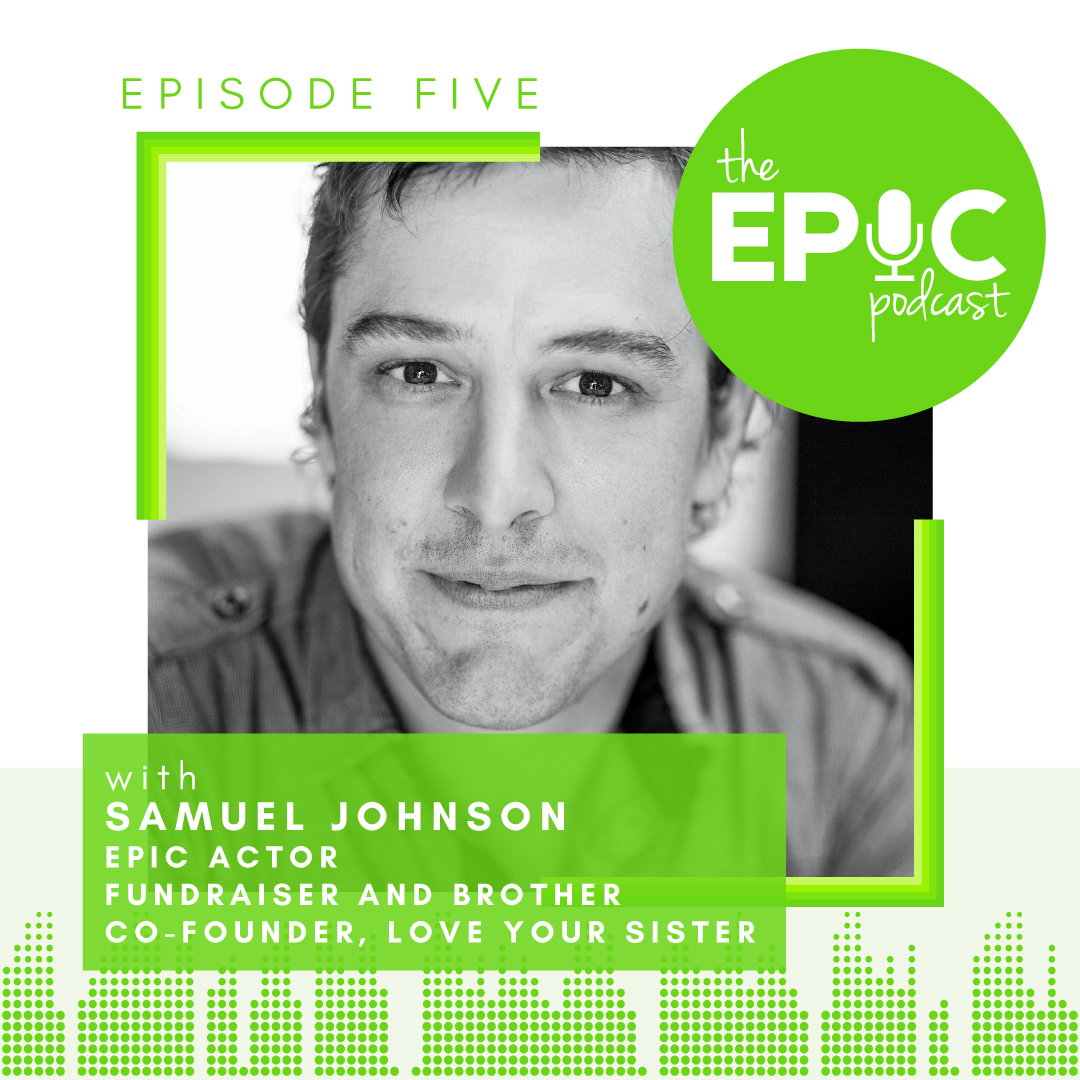 Samuel Johnson first became known and loved as Evan Wylde in the hit television series The Secret Life of Us.

Since then, while continuing to grow and develop as an actor on stage and screen, Samuel has become best known as a brother, who, faced with his sister Connie’s devastating breast cancer diagnosis, set out to raise a million dollars for cancer research by riding a unicycle around Australia from town to town.

It was a story that the media, along with the rest of Australia, found hard not to follow. The Love your Sister movement was born.

But there’s more to the story. When Sam rode in on the unicycle after nearly a year on the road, Connie was already asking ‘what next?’

For Sam, it was the end of the journey and a goal achieved but for Connie, it was just the beginning. Together, over the next few years, they raised a further $9 million and now Sam is on an EPIC mission to demand personalised cancer care. He’s doing it with pure people power, both in dollars and support.

Personalised medicine for cancer patients is the new frontier for cancer care and Sam believes it should be standard. Better data sharing, genetic testing and a centralised tissue bank will enable doctors to treat cancer with a customised approach, rather than false lines of treatment that are currently wasting dollars and lives.

Get involved and support the FCB at loveyoursister.org.